This past Saturday I visited a therapy garden with Cheryl Preheim of KUSA (NBC) at an organization called Lost and Found (www.lostandfoundinc.org). We were met at the front door by Loren Lichti, a counselor/therapist and an avid gardener. Lost and Found’s Transitional Living Program (TLP) emancipation program is based in Arvada and gives residential treatment support to emancipating youth who’ve typically come from the “system” (foster care, social services and/or youth corrections). The therapy garden was made possible by a $3,000 grant from the Colorado Garden Show.

Loren has worked with the young men in the TLP program to develop a therapy garden that includes natural space for one-on-one and group sessions. The garden has been carefully designed to incorporate flowers, vegetable and fruit bearing plants, bird houses/feeders/baths and seating areas. It is a vast improvement from the formerly weed-infested area. Loren told us it has been a slow process getting the guys outside to work with him in the garden. “Initially, the guys just watched, but after a few days, they decided to get their hands dirty and now they work in the garden 2-3 hours per day.” We spoke with several of the youth that morning which all have a tough story from serious addictions to broken families to mental health problems. One youth walked me through the garden and showed me various peppers and onions in his plot. He didn’t want to be on camera but mentioned he once thought gardening was for women but had changed his mind. “Now that my garden is growing, I kind of like coming out here. It is peaceful and I can think.”

Therapeutically speaking, remarkable things have happened in the attitudes and hearts of these young men. Loren shared a story about a young man who asked him how long the garden paths they created would exist as he wanted to know if, when he had a wife and kids, he could bring them back to show them the path he built. It was decided that all the garden paths would be named after the youth who built the path. Each path has a sign with the youth’s name, even the ones who have left. “It is kind of cool that when I leave a piece of me will be remembered here in the garden,” a youth told me.

It was an eye-opening experience to speak with these youth. I went home and hugged my kids. I also thanked my parents.

To learn more, check out the segment and interview with Cheryl Preheim here. 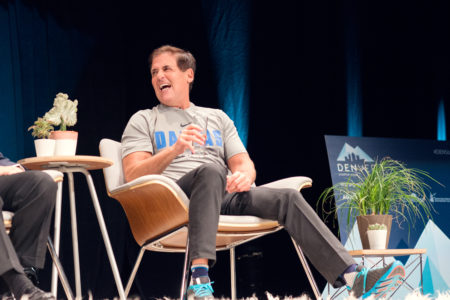 Denver Startup Week include a panel of successful entrepreneurs who shared their wisdom with participants.