Kenneth Cole may have crossed the PC line

It sounded like a good idea at the time. Kenneth Cole sent out a tweet at the end of last week about the protests in Egypt, tying the situation to the hype over a new clothing line. Here’s what it said: “Millions are in uproar in #Cairo. Rumor is they heard our new spring collection is now available online at http://bit.ly/KCairo -KC”

Not surprisingly, after the missive lit up the airwaves, it was followed by an apology of  “Re Egypt tweet: we weren’t intending to make light of a serious situation. We understand the sensitivity of this historic moment -KC”

But the damage is done, and fake Kenneth Cole look-alike accounts are cropping up trashing the designer. 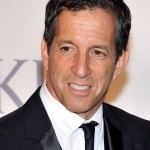 Mashable notes that this is not the first time the clothing designer has show some insensitivity surrounding world-changing events. Cole told the New York Daily News following the 9-11 terrorist attacks that, “Important moments like this are a time to reflect… To remind us, sometimes, that it’s not only important what you wear, but it’s also important to be aware.”

We are all for some humor and levity, particularly when it comes to the steady drone of bad news, but there are ways to do so tastefully. Or not at all. A good rule of thumb in these situations is to give it the mother test: Will your mother understand/appreciate the humor? If not, then neither will the rest of us.