What do political unrest, deep-sea creatures, pop-up art and food movements have to do with radical collaboration? During last night’s TED presentation, experts from a variety of movements showed us how communication and collaboration are similar at their core, it’s the medium that differs. Along the way, they touch on connectivity, passion and being heard.

Wael Ghonim, a former Google executive now living in Cairo, reviewed how social media was instrumental in bringing together a country fed up with its existing regime.

“Because of the Facebook, YouTube and Twitter, the truth prevailed,” he said speaking from Cairo. “It connected people from the virtual world with the real world, and overthrew a government.”

Deep-sea explorer Edith Widder showed that even at the bottom of the ocean, creatures communicate via a bioluminescent light show.

“We live on an ocean planet, in which more 99 percent of life lives under the water,” she said. “You don’t have to travel to another planet to see alien life forms. Just visit the bottom of the ocean and turn out the lights.” 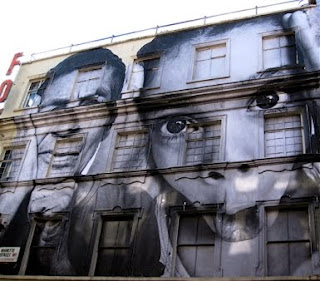 dynamic French artist who travels around the world and pastes large formal photos in unusual locations, commented that art can’t change the world. But, it can “change the way we see the world and change perceptions, and may end up changing the world.”

The gregarious and somewhat manic Jamie Oliver gave TED an update on the next season of “Food Revolution” in which he takes on the Los Angeles Unified School District.

For him, it’s about communicating with children through food, and getting them to understand that they are what they eat.