So when one of its planes slid off a runway at Chicago’s Midway Airport on Tuesday, the scrappy, Dallas-based airline simply flipped its social media crisis communication switch to “on.” No one was hurt, but photos of the plane sitting awkwardly in a grassy field made the news circuits. 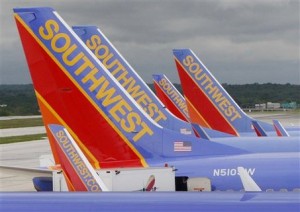 Not wasting any time, Southwest sent out a tweet offering basic details. A post went up on Facebook. A media release was posted on its website and on its blog, called “Nuts About Southwest.” As details emerged, updates followed.

This was no fluke. Christi McNeill, who oversees social media communication at Southwest, told PR Daily on Wednesday that social media is a key component of the airlines’ crisis plan.

“As soon as we get some facts, we share it with our customers,” McNeill said. “We want our customers to find out about it from us, before it hits the evening news.”

So much for the “not commenting until the incident has been reviewed by the FAA and NTSB” response that some other airlines fall back on.

True to its crisis plan, Southwest did not delay in responding after passengers on the plane and witnesses bombarded social media with details of the event.

Southwest got out in front of the incident, taking the steam out of the news story. It had some practice, most recently after one of its 737 aircraft lost cabin pressure when part of the fuselage broke open. The airlines took 57 aircraft out of service while they were inspected.

On its blog, the airline offered eight updates in the days following the incident.

Southwest has figured out that immediately responding to a crisis and reassuring customers ameliorates bad news. It’s an ongoing process, said McNeill, which includes fine-tuning the plan after every crisis. “We want our customers to know us as being a no-frills, transparent airline, and [to] expect us to be honest with them,” McNeill said.

On Tuesday, following the Midway mishap, comments flowed into its Facebook page. Christian Williams said: “As a budding PR student, I’d just like to commend you on your straightforward honesty regarding recent events at Midway. I’m happy the public is backing you guys up; keep doing a good job at being a great and honest airline.”

That’s the kind of positive PR you can get when you encourage public response.