The 5 most widely circulated newspapers in America

Blame it on new math, but hold off on writing the obituary for newspapers for now.

The latest, newly revised audit of newspaper circulation numbers show the steady decline over the past five years may be stabilizing a bit. It’s still bad news, with the numbers still dropping, but they are not falling nearly as fast.

The Wall Street Journal remains the No. 1 newspaper in the U.S., according to the latest figures released this week from the Audit Bureau of Circulation. Its daily circulation topped out at 2.1 million. 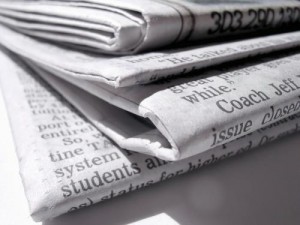 The newspapers benefitted from a substantial change in the way the audit bureau counts circulation. These looser guidelines allow newspapers to count paid and “verified” copies of the newspaper. The latter category includes third-party copies and those given to schools and newspaper employees.

Previously, copies had to actually be purchased to be counted.

Also, the new guidelines allow newspapers to lump separate editions under different titles into the total. For instance, the Chicago Sun-Times can now count its suburban newspapers, even if many of them are laden with advertisements.

Online readers are counted in circulation totals if they pay a fee. That fact is not lost on newspapers, many of which are toying with charging for content.

Newspaper analyst John Morton told The Los Angeles Times that the new guidelines are a “way of trying to make the industry look better.”

The new report also makes it difficult to compare the report, done twice a year, to past reports since the comparison is different. So, newspapers no longer have to compare this report with past ones, essentially starting over from zero.

This week, publishers across the country ran stories this week touting circulation increases, or limited declines.

Los Angeles Times publisher Eddy W. Hartenstein capitalized on the boost, saying the numbers for this Sunday paper were the best in eight years, and marked the smallest decline in six years.

Perhaps more telling than circulation numbers, however, is the continued news of layoffs at newspapers. This week McClatchy Co. announced layoffs at the News & Observer and the Miami Herald.