Why all of PR will pay for ‘Whisper-Gate’

However you describe this week’s debacle—sleazy, unethical, or just plain stupid—all of us in PR will pay for it with a sustained black eye and a loss of credibility.

Before this incident, just about any agency would have started drooling if Facebook had called up to hire it for a media campaign. It’s Facebook, after all—weeks away from a multibillion-dollar IPO and known to anyone with an Internet connection. 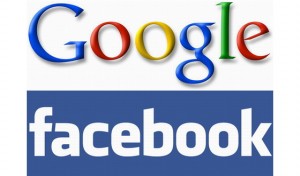 Then there’s B-M, the grand poobah of PR. The 2,200-employee firm solidified its place in history when it turned around Tylenol after the tampering incidents in the 1980s. It is a classic case study in crisis communication, and it’s still referenced today in university communications classes as nothing short of brilliant.

The firm’s three-paragraph statement released Thursday was painful to read. B-M acknowledged that its client for the campaign was Facebook, and that its action was “not at all standard operating procedure and is against our policies…When talking to the media, we need to adhere to strict standards of transparency about clients, and this incident underscores the absolute importance of that principle.”

News trickled out all week about a so-called “whisper campaign” targeting Google. The details of the campaign gained traction, and by Thursday the details became clear. Facebook had hired B-M to pitch stories about how Google’s foray into social networking was supposedly creating privacy concerns.

To get the word out, B-M enlisted the help of former journalists to pitch their colleagues on a story about privacy issues related to Google’s Social Circle. There was no mention that Facebook was behind it. The pitch reeked, and USA Today called foul. Another pitch target smelled a rat, too, and printed the exchange with the B-M rep.

By the end of this week, the whisper campaign was blasted across the blogosphere, in the news media, and during agency brainstorm sessions, sending our industry back to the Stone Age. It came down to how the story was pitched, an attempted cover-up, and questions about the truthfulness of the actual pitch.

Facebook’s role in the fiasco could be short-lived. Anyone who saw The Social Network knows that for Facebook and its founder, business reigns supreme, even if it means getting dirty. Heck, it may even solidify the brashness of its brand.

But what about B-M and the rest of us in the PR world? It won’t be as easy. We are already struggling to reinvent our profession as our traditional pitching venues are dwindling. There are some vast gray areas we have to navigate through—from earned media to paid media, and everything in between.

Here’s a recap of some common-sense rules that may help:
1. Ethics is not an abstract word. Live it, breathe it, and incorporate it into every action. It’s not only the right thing to do, but it will help reset the bar for the industry—and let you sleep at night.

2. Be prepared to say “no” to a client. This applies no matter how big or small the client is. Clients hire PR firms for their expertise and counsel, not just to carry out their campaigns. We are not a service industry, nor just vendors; we are partners with our clients.

4. Set reasonable expectations. It doesn’t matter how good you are; selling a nominal product or idea won’t get results.

5. Maintain credibility. We are in this for the long haul, and misleading our contacts by misrepresenting our interests today will only hurt us tomorrow.

The 90-year-old Harold Burson, who embodies modern-day PR and is co-founder of B-M, nailed it perfectly in a 2009 blog entry: “The public relations professional helps hone the messages that will be most persuasive to the audience and selects the media (usually a mix of media) that will deliver the messages most credibly and economically. It goes without question that this process take place within the context of uncompromised dedication to truth and transparency.”