Cycling superstar Lance Armstrong has figured out that Twitter makes for a perfect sound bite, even in response to a “60 Minutes” expose.

Posted before Sunday night’s program, which said he allegedly took performance-enhancing drugs during his career, Armstrong’s tweet was direct and finely tuned:

“20+ year career. 500 drug controls worldwide, in and out of competition. Never a failed test. I rest my case.” 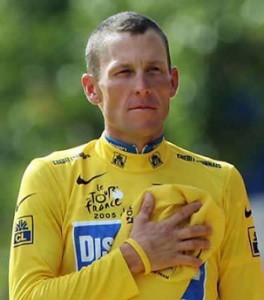 It was blasted out to Armstrong’s nearly 2.9 million followers, and then retweeted thousands of times, effectively making a clean sweep of the Web. He offered no interviews, a policy he enacted during his seven consecutive Tour de France wins, leaving the media no choice but to quote the tweet in full.

More important, it robbed “60 Minutes” of the drama of two former teammates squaring off on national television—a near-certain ratings booster for a network that has been struggling to retain an audience. And it effectively took the steam out of the much-touted interview with onetime Armstrong teammate Tyler Hamilton.

The “60 Minutes” program was designed to serve as a grand entrance for new CBS News anchor Scott Pelley, who reported the story.

Armstrong and his team of seasoned PR experts didn’t fall for the ratings trap. Instead they responded with the initial tweet, then followed it with another missive linking to a focused response website: www.facts4lance.com

The response site attacks CBS’s journalistic integrity and includes a letter to CBS, a point-by-point breakdown of Tyler Hamilton’s doping history. The site said, “CBS has demonstrated a serious lack of journalistic fairness and has elevated sensationalism over responsibility.”

CBS News chairman Jeff Fager responded to the claims in the Daily Beast, saying: “We have been so thorough and fair to Lance Armstrong. We have shared with them every single allegation in our story … This is a PR game. Our reporters have done a first-class job.”

Fager further added that Armstrong should have come on the show to tell his side of the story.

Given how the story has died down—particularly after European testing officials came out on Armstrong’s side and denied allegations that there was a cover-up and Nike stood by Armstrong—sending the tweet may have been the safest and most effective tactic.

(This blog also appears on PRDaily.)