Issues Management: 3 tips for managing nasty remarks about your client in comment sections

There’s freedom of speech—and then there’s the comments section for online news.

Clearly, the bounds of what constitutes freedom of speech are being pushed in these online forums. Put the phrases “immigration,” “Obama,” “GOP,” or “health-care reform” in a headline, and expect the mostly anonymous comments to flow like an avalanche. 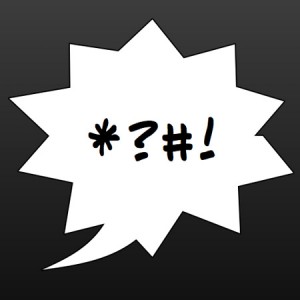 Last week, The Los Angeles Times turned off the free flow of comments on a story about Israel’s firing on pro-Palestinian protesters, saying comments had to be approved before being posted.

“As with many stories about the Israeli-Palestinian conflict, the comments had moved far beyond the news report and had devolved into personal attacks and hateful speech,” writes Los Angeles Times readers’ representative Deirdre Edgar.

The Times, along with most news sites, allows comments to be posted at will and doesn’t require registration. All the posts, most of them anonymous, go up immediately, and posts are removed only if they attract reader complaints. And that’s only if complainants can actually find an online editor to remove the posts.

It’s a messy affair, because the retroactive removal process rarely works, and online news sites actually want stories to generate comments and drive interest and, ultimately, page views. Some reporters and editors gauge the success of a story based on the number of comments it generates.

But maybe this free flow of comments is getting out of hand.

About the same time as the Times restriction on its forum was enacted, the Yakima Herald-Republic shut down its comments feature. The editor said the paper is looking at a new system that will require commenters to use their real names.

“The world of commenting at YakimaHerald.com is about to change,” wrote its public editor Bob Crider. “The system we established in 2008 to foster conversations between the newspaper’s readers, our website’s visitors and ourselves has too often resulted in ugly, nasty or meaningless dialogue.”

For those in the PR world, it’s been a constant struggle—particularly for the clients we represent. These online forums fall outside the moderated debate and often devolve into personal attacks against our clients or their products.

Yes, there may be some changes on the way, but in the meantime here are some tips on how to manage expectations with such forums:

1. Grow a thick skin. Online comments are mostly negative. They are anonymous and people have a tendency to let their dark sides show when posting without credit or retribution. Help clients understand that most people would never say those things if they had to use their real names. And with some forums, the people who post are a relatively small group and may not even represent the organization’s target audience.

2. Have a social media response plan. If you are conducting media outreach for a story or campaign, have a plan in place to respond (or not) on these forums. Sometimes a short response can change the tone of the forums, but it can also add fuel to the fire.

3. Complain early and often. The site’s retroactive approach to comment removal rarely works, but you have a better chance to have a personal or offensive comment removed if you contact the right person. Start with the reporter who wrote the story, and then go to the online editor if you don’t receive a response.