Is the bar for what is considered “news” being lowered?

Members of the media will likely deny it, but with blogs and social media becoming more and more the go to source for news, the media, particularly the traditional media, may be letting some checks and balances slide. 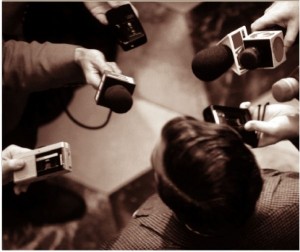 Having spent the last 20 years in newsrooms, I’m realizing that getting the news out first is taking precedent over getting it right.

The editor of The Denver Post this weekend wrote a column admitting that his staff felt pressured to run a front page story about Denver’s mayor-elect allegedly being linked to a prostitution ring after a blog posted the allegations.

The Post was not able to make any public connections confirming the story, even after reviewing reams of phone records. Their only public proof was an allegation by a pimp convicted of tax evasion. The paper ran a supplemental front-page story several days later saying the claims were unfounded.

This is a good example of how the media landscape is changing and why crisis communicators are all too aware how one negative article, blog or tweet can snowball and poison a reputation that has taken years to build.

To counter some of these potential landmines, here’s a basic checklist to
enact if you’re faced with a crisis:

1. Involve the legal team early. Depending on the issue, any correspondence not covered under legal privilege may be used to hurt the company.

3. Determine how you are going to respond. Will you issue a statement
or provide interviews or documents?

4. Designate a primary spokesperson, and train them on dealing with
the media and with the messaging.

5. Vet all calls before responding. This will ensure you’re responding
to legitimate reporters from reputable outlets.

6. Assign a communications team member to monitor and to respond to
social media issues. Coverage cannot stop at 5 p.m.

7. Respond to legitimate media inquires immediately, even if you say
you cannot offer any substantial response. It helps build trust.

8. Depending on the size of the issue, consider creating a separate
website to address the situation. This will allow you to maintain your brand, while responding to issues.