Need a case study on the power and pitfalls of Twitter? Just look at the tight-knit, opinionated, thin-skinned world of international cycling. 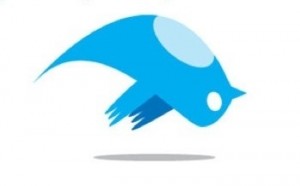 Not a minute goes by during which someone somewhere is blasting their views across the Twittersphere about professional cycling, past and present. Terms getting repeated include “doping,” “drug tests,” and “media coverage.” But the most popular term is “Lance Armstrong” or @lancearmstrong.

“The world of professional cycling has seemingly become enamored with the wonderful world of Twitter,” Mashable blogger Chris Spagnuolo wrote in a post. “Some of the world’s top cycling professionals have taken to tweeting on a regular basis. For the first time, cycling fans are getting the real skinny about the behind-the-scenes happenings of professional cyclists.”

Armstrong, the seven-time winner of the Tour de France, is the Valhalla for cycling tweets, with rabid defenders and equally adamant detractors. It’s not just those on the sidelines, either. Leading the pack in a campaign against anything Armstrong is none other than his archenemy Floyd Landis and his cadre of followers.

Landis is the guy who won the Tour de France in 2006, only to get stripped of it after being accused of (and later admitting to) doping. He and Armstrong rode together on the U.S. Postal team, before Landis moved on and publicly shared allegations of Armstrong’s drug use.

Outside magazine reports that Landis created numerous fake Twitter accounts with a variety of administrators with the sole purpose of launching a hate campaign against Armstrong and his team of representatives. In the cycling world, most already knew that @GreyManrod was the alter ego of Landis. And his tweets on April 27, the night “60 Minutes” featured an expose on Armstrong and allegations of doping, were his way of adding salt to some open wounds.

@GreyManrod tweeted: “Nap time. Back in 60 Min,” and, “@UCI_Overlord 60 Min took over for you on that project,” a jab at the International Cycling Union.

For his part, Armstrong responded to the touted “60 Minutes” expose—no surprise here—on his Twitter account to his millions of followers, saying: “20+ year career. 500 drug controls worldwide, in and out of competition. Never a failed test. I rest my case.”

Armstrong may have sat on top of the cycling world and blunted the “60 Minutes” report, but the barbs still hurt. He told Outside: “Twitter is a public forum. Using it to publicly and intentionally attack and humiliate people of diverse backgrounds is offensive to me and many others.”

Landis makes no excuses for what he terms as his “satirical” tweets aimed at his former teammate. But fun and games aside, Landis’ campaign could have some unintended consequence by becoming fodder in legal cases against Armstrong.

From a PR crisis communication perspective, it shows that despite the 140-character limit, Twitter is an ideal forum to launch a hate campaign. It offers quick hits by otherwise anonymous sources, and they can be found by anyone searching for a specific topic, and then shared and re-shared endlessly.

And it’s difficult, if not impossible, to control. It’s even backfiring on Landis. On Twitter this week, @GreyManrod spent much of his time lashing out at @FakeFloydLandis and @FakeGreyManrod, who were lambasting him.