What does a stodgy energy company do when it gets blasted in a New York Times article for its production, reserves, and accounting practices? 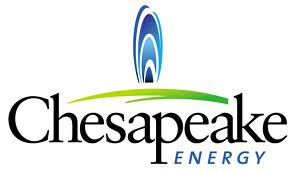 Chesapeake Energy passed on sending a press release and instead turned to social media for a swift and effective crisis-response plan.

The natural gas company’s PR team used Twitter and Facebook to respond to The Gray Lady, buying promoted tweets on search terms such as the hashtag #naturalgas and the Times’ primary account @nytimes. Searches for those terms led to a link on Chesapeake’s Facebook page offering a rebuttal by CEO Aubrey McClendon.

Again, Facebook enabled Chesapeake to control the conversation, rather than simply sending online readers to a static Web page.

In the meantime, Chesapeake’s PR team performed searches on Twitter and actively replied to those retweeting the Times’ editorial or any of the hashtags they promoted.

The tweets were pithy and to the point. One says: “McClendon: We’re not debating the origin of the universe, where nobody knows what happens” in response to its projections.

“Back in the day, a corporation stung by a newspaper story might try to buy a full-page ad in the paper,” writes Andrew Phelps of the Harvard University’s Nieman Journalism Lab.

Phelps adds that targeting PR resources during a crisis toward social media is “another sign it isn’t just stories that can spread virally — it’s also the conversations around those stories, pro or con.”

It just goes to show that even old-school energy companies can be on the cutting edge of social media, and in front of criticism—even if it comes from one of the most widely read newspapers in the country.
(This post also appears on PRDaily.com)