There are countless tips, best practices, and advice in the world of crisis communications, but they are all secondary to the most important action: Find out whether the allegations are true. 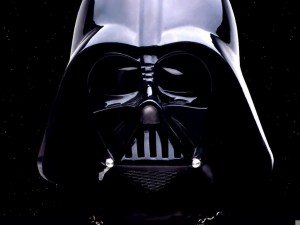 If they are, then find out who knew about it and what they are planning to do about it.

Based on these findings, you can formulate an effective response plan or decide that maybe this is not the client for you to represent. It gets down to whether you want to become a dartboard if it is true, or an advocate for the other side of the story if it is false.

The latter, easier approach might help you sleep better at night.

Even a client who has done wrong deserves a chance at accuracy through public relations representation. It comes down to a different approach, one focused on providing a defensive plan with minimal comments. For this approach, get a tough skin.

In a better scenario, you can offer a client a chance to offer a real apology and effective reforms. Remember, the public tends to forgive in light of public apologies and promises to do better.

A prime example of the importance of asking these crucial questions is the exploding phone-hacking scandal that is threatening to take down Rupert Murdoch’s media empire.

Had Murdoch’s team determined how deep the scandal went early on, they could have cleaned house, made reparations, and focused on rebuilding the public’s trust. But instead of yanking the Band-Aid off, we have turn-of-the-screw updates, and as each new allegation surfaces, another executive steps down.

Now, we are getting dangerously close to the top of Murdoch’s food chain, as the scandal jumps the pond to News Corp.’s operations in the United States.

Within the first five minutes of an initial meeting with a crisis client, our Rapid Response Team members ask whether there’s any truth to the allegations. Then, our team checks out the claims ourselves.

I’ve learned from experience that it’s not a foolproof process, but just a start. It’s terrible to be informed by the media about something your client did wrong, and then have your client acknowledge the finding and say they didn’t think it would get out or that it was not important.

Whether a client is guilty or not, a PR team has to know all the dark secrets, just to be prepared. It doesn’t do anyone any good to bumble through that surprise media call and to try to prepare a response an hour before deadline.

The underlying principle of finding out the real story is that your reputation depends on it. If you are lying for a client, knowingly or unknowingly, you will be blamed all the same. Remember, even media mogul Rupert Murdoch doesn’t have enough clout to keep the bad news about his company out of the headlines.

(This blog also appears on PRDaily.com)