The $16 muffin: A perfect example of sensationalized reporting and how the media ignores the facts

Home > Blog > Crisis Communication > The $16 muffin: A perfect example of sensationalized reporting and how the media ignores the facts 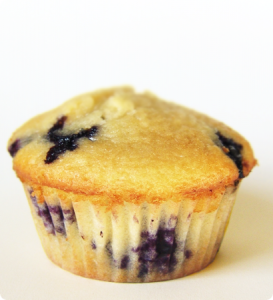 There’s an old adage in journalism that unfortunately reeks of some truthfulness: Don’t let the facts get in the way of a good story.

Having experienced it from the newsroom and as a crisis communicator, the facts often do play second fiddle to the juiciness of a good story and a snappy teaser or headline. The latest example of this is the case of the $16 muffin.

The media descended on the news that the Justice Department spent $16 per muffin during a conference, an example of government waste during a time when everyone is pinching pennies.

It’s a great story that is, however, not supported by the facts. Hilton Worldwide, the host of the convention, repeatedly said the $16 price tag included not only breakfast baked-goods but also fresh fruit, coffee, tea, soft drinks, tax, and tips.

Huffington Post‘s Sam Stein took a bigger picture look at the coverage of the news story and found that the myth of the $16 muffin highlights the media’s rush to sensationalize outrage-inducing stories. He found that of the 223 stories about “muffingate”:

The coverage, he writes, “shows how the political and media communities move much faster to trumpet an outrage-inducing story than to set the record straight,” and how “reluctant the media and politicians are to acknowledge that sometimes a myth is just a myth.”

A comment forum on journalism think-tank Poynter about the skewered reporting of “muffingate” showed most were discouraged. Some called it “sloppy reporting” and “poor news management,” and one commenter said it is the same case with crime stories: “Big rush to report initial charges. Rarely, if ever, is there follow-up to talk about what the criminal justice system actually did.”