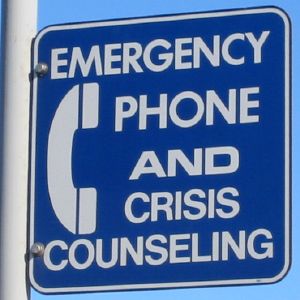 In a recent meeting with law firm representatives on the topic of crisis communications, one person said she recently lost a contract for a large client because another bidder had included a crisis PR expert on the team.

She said her firm will follow suit in the future.

With that in mind, in this week’s news a division of AIG is offering a new type of insurance policy that helps embattled companies pay for crisis PR. And if any company knows the ins and outs of a reputation-tarnishing experience, it’s AIG.

The insurance giant took a $130 billion government bailout, after it took some of the blame for causing the national financial crisis in 2008.

Having insurance cover crisis PR is not new. Many clients bill crisis communications work through their law firms, and the bills go to the insurance companies. It makes sense; many public relations battles are just important as legal ones.

There is no mention of the cost in the announcement, but it probably falls under the clause that if you have to ask, then it’s too much. It’s true that top crisis firms can make as much per hour as attorneys, and managing a crisis certainly sucks up the hours.

As a basis for the offering, Chartis cited a survey of public and private board members showing that 69 percent now rank reputation risk as their primary concern. In another survey, done by Burson-Marsteller, Cartis said 79 percent of business decision-makers believe they are only 12 months away from a potential crisis.

“In today’s world, one person’s negative opinion can quickly become adverse publicity on a global scale,” said Tracie Grella, president of Chartis’ professional liability unit. “Public perception of the response to an event can have a lasting impact on an organization’s reputation.”

Many companies can attest that if crisis communication is effective, it can mitigate some legal issues. It gets back to the all-important courtroom of public opinion. And now we have an insurance policy to pick up the tab.