Lessons in PR and journalism from Hunter S. Thompson

Home > Blog > In the News > Lessons in PR and journalism from Hunter S. Thompson 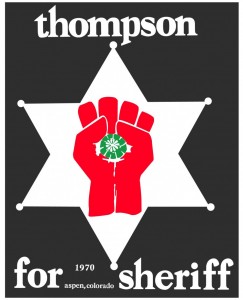 Early in my career, I spent some time with Hunter S. Thompson.

At the time, I was a cub reporter in Aspen, full of ideals but without much experience—professional or otherwise. Thompson was already a nationally known author and political/social commentator, who was still healthy and years away from giving in to his demons.

During one of our conversations at the unofficial office—the bar next door to the newspaper where I worked—I complained about being the lowest man on the totem pole. He took umbrage and said that’s exactly where you want to be. People will still trust you, and they give you the best stories.

It was true, and, to this day, my best stories were the ones I got as a rookie reporter.

I was reminded of Thompson’s career advice recently when I came across a blog that reprinted his 1958 cover letter for a job as a reporter at the Vancouver Sun.

One salient paragraph of the cover letter reads:

“As far as I’m concerned, it’s a damned shame that a field as potentially dynamic and vital as journalism should be overrun with dullards, bums, and hacks, hag-ridden with myopia, apathy, and complacence, and generally stuck in a bog of stagnant mediocrity. If this is what you’re trying to get The Sun away from, then I think I’d like to work for you.”

The brash, in-your-face prose intermingled with humor reminded me of the other lessons the late Thompson shared during one of our “business meetings” at Aspen’s lesser-known establishments. They still apply today, even after trading in my reporter hat for the world of PR:

You work for your audience, not your boss. As a reporter, this was especially true. The best stories are the ones that relate to readers or your customers, not executives or special interests. For the PR industry, remember that although we work for our clients, we will be more successful in focusing on the audience (our customers) when we pitch relevant stories and crisp content.

Stay in touch. The higher you move up in the corporate world, the farther you are from the best stories and creativity. Though moving up the ladder is a natural desire and goal, people should make an effort to get their hands dirty with the day-to-day client work, and to think of ideas that aren’t tied to spreadsheets or bonuses.

Fight convention. This is where Thompson excelled. He rarely took the party line, and when he did, it was because that’s where his beliefs were. It gets back to following what you believe or what you know, not what is expected or safe. Your audience will appreciate that approach.

Embrace what you are good at. Thompson told me that his lifestyle didn’t work for everyone, but it sure did work for him. He had an enormous tolerance, and he excelled at living up to his reputation. He parlayed that into his stories. Though that thread is harder follow in the world of PR, the lesson, I think, is to take your strengths and capitalize on them.