‘Off the record’ vs. ‘on background’: What every PR pro should know before talking to the media

Home > Blog > Crisis Communication > ‘Off the record’ vs. ‘on background’: What every PR pro should know before talking to the media 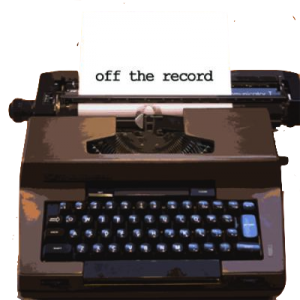 The concepts of “on background” and “off the record” are confusing even to some seasoned reporters. It’s no wonder the PR world gets them wrong so often.

In the era of quick-hit reporting and little or no source-building, there are times when it makes sense to provide the media more than simply a short official statement.

In most crisis communication scenarios, a statement is the go-to, tried and true media response. Longer interviews or long responses get shortened or paraphrased—and often misrepresented. There are ways to get an issue across outside of an official statement, but they, too, have pitfalls.

Among those ways is to speak to a reporter off the record.

Going off the record with the media means providing them information that they cannot use. Presumably, they can use the information to help formulate their story or to ask further questions. It should never come out that the information came from you.

It’s a dangerous proposition, and, more often than not, the off-the-record information makes its way into the story, and it becomes clear who provided it. Having a solid rapport with a reporter is the only way this tactic works; otherwise, there is a good chance you will get burned, particularly if the information is juicy.

As a reporter I refused to listen to off-the-record information from sources, because I was afraid that it would end up in my stories and, often times, I suspected it was a trap to get me in trouble.

As a PR practitioner, I recommend never going off the record with the media.

(Find out here why another PR professional thinks you should never go off the record.)

Instead, it might be more useful to provide background information to a reporter. Giving information on background means providing reporters with information that they can use in their stories but cannot attribute to you because it has come from another source.

Though journalists will probably extract text solely from a statement, background information can change the tenor or angle of a story. This is particularly true when you provide factual background documents not intended for public consumption.

With both off-the-record and background discussions, there are gray areas and potential pitfalls. We tell our clients, based on experience in and out of the newsroom, never tell a reporter anything that you don’t want to see in a story.

If you or your client feels compelled to use these tactics, make your expectations clear before passing along the information. Be sure the reporter knows the source and understands the restrictions on its use. Or tell the reporter that the information is off the record and cannot be used or traced back to you. Even then, don’t be surprised if it does.