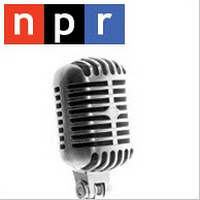 After several high-profile embarrassments, NPR dusted off its old ethics policy and recently rolled out a new version for its journalists and staff.

The revamped 72-page policy came about after NPR analyst Juan Williams made remarks about Muslims on “The O’Reilly Factor.” He was fired, and NPR’s board conducted a review of the incident and a sweeping review of the overall policy. The review got some added urgency when an NPR executive was recorded publicly bashing conservatives and questioning the need for federal funding.

For the PR world, we can learn from NPR’s thoughtful updates to its social media policy and online interactions. Most notably, the new policies no longer treat the social media world as an oddity with no future.

“To get the most out of social media we need to understand those communities,” the policy says. “So we respect their cultures and treat those we encounter online with the same courtesy and understanding as anyone we deal with in the offline world. We do not impose ourselves on such sites. We are guests and behave as such.”

First is not always best. NPR’s case study on this was how it had wrongly reported the death of Rep. Gabrielle Giffords following the shooting spree in Arizona. “Few in our audience will know or care which news organization was first to report a breaking news story,” the policy says. “But if we get it wrong, we leave a lasting mark on our reputation.”

Personal and profession lives overlap. The policy says that even with a protected Twitter account or a private Facebook profile, NPR staffers should acknowledge that whatever they post is in the public domain. “Everything you say or do in a social media environment is effectively a public statement from an NPR journalist.”

Don’t play in the rumor mill. The policy says reporting in social media spaces requires the same diligence that journalists must exercise in other environments. So, don’t retweet a story that has not been confirmed, as you many add credibility to a false or incomplete report.

Online honesty. NPR journalists should identify themselves as such when working online, covering stories, posting comments, asking questions, tweeting, retweeting, blogging, Facebooking or doing anything on social media or other online forums.

All in all, these rules should apply to PR professionals and our clients. The line between our personal lives and professional lives is no longer hard and clear.

This part of the policy says it all: In social media forums, “don’t behave any differently online than you would in any other public setting.”