On Monday four fourth graders from Denver’s Colfax Elementary School got a behind-the-scenes tour of the KWGN studios for a segment on Daybreak with Natalie Tisdale. The kids were there to demonstrate some yoga poses they’ve learned at school, so other Denver families could see just how easy it is to practice yoga. 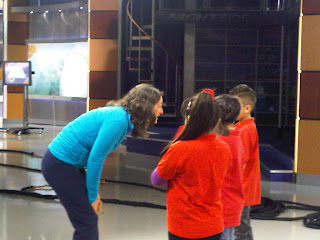 Yoga instructor Allyson Levine has been teaching kids at Colfax Elementary for more than five years. At this amazing school, every student gets yoga instruction every week. Yoga in schools has many health benefits including improving physical fitness, helping maintain a healthy weight and even helping kids focus during the school day. But Allyson says the best part about teaching yoga as part of the regular PE curriculum is that students can incorporate the stress-busting benefits of yoga into their daily lives. The kids at Colfax Elementary have told us those stressors include standardized testing, bullying and even angst about their parents having to deal with the effects of the recession. 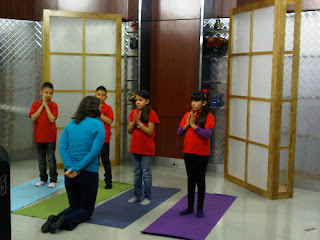 We’re thankful people like Allyson and the rest of the gang at The Wellness Initiative for not just believing in this great cause, but for dedicating themselves to helping make Colorado’s kids healthier every day.

The Colorado Health Foundation learned about Colfax Elementary’s yoga through its Colorado Kaleidoscope project, a statewide storytelling campaign designed to shine a bright light on the good work of its grantee partners and the people whose lives they impact. Watch this inspiring video to learn how two Colfax Elementary School students, Zulema and Liam benefit from the yoga.