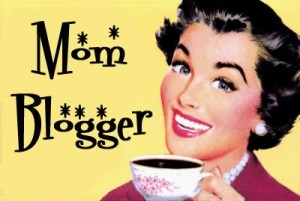 Don’t call them “mommy” bloggers, and don’t underestimate their role as a political force in this year’s election.

The rest of the world learned last week what the PR world has known for some time: The so-called soccer moms of yesteryear now have a strong voice that can sway legislation, product consumption, and corporate and government decision-making.

The power of this group—regardless of whether they work inside or outside the home—cannot be underestimated, and as the political season gets into full swing the public is likely to see more checks and balances offered in real time by the mom blog contingent.

From a crisis communication perspective, the strategy for responding when caught in the crosshairs of mom bloggers is straightforward: Quickly and completely apologize, and change your actions. Anything less will be futile and will simply bring gasoline to the already burning bonfire. And remember to duck, as online conversations always take on a life of their own, even if there’s a heartfelt apology.

Lobbyist Hillary Rosen, herself a mom with an online presence, learned this the hard way when she commented on a CNN program about how presidential candidate Mitt Romney’s wife has “never worked a day in her life.”

Within minutes, the mom bloggers went to work. By the end of the day, after some attempted sidestepping, Rosen was offering a full apology. Even the First Lady of mom bloggers, Michelle Obama, jumped into the fray, ignoring political lines and backing the wife of her husband’s likely challenger in November’s election. She tweeted: “Every mother works hard, and every woman deserves to be respected.”

That was tame. Most comments were along the lines of what @resourcefulmom tweeted: “The next person to tell me it was okay for Hillary Rosen to state that Ann Romney ‘never worked a day in her life’ is getting kicked. Hard.”

Ann Romney’s new Twitter account was set up Thursday to offer a brief response, and with only four tweets so far, she’s already pushing 40,000 followers. Her first short missive said: “I made a choice to stay home and raise five boys. Believe me, it was hard work.”

In 2012, women’s votes will matter more than ever, and with social media as a platform for sharing opinions and ideas, “mom bloggers” have a legitimate and forceful voice that speaks to women—moms or not—and inspires action in politics and other arenas. They have a strong voice and are being heard.