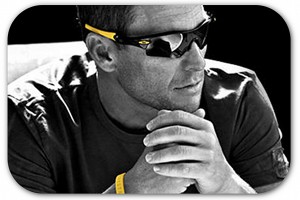 Will the latest doping allegations against Lance Armstrong cause a chink in his so-far impervious armor?

There have, of course, been other attempts to sully his legacy, but this time around, his over-the-top response takes particularly nasty shots at the powerful yet little-known group called the U.S. Anti-Doping Agency (USADA).

Last week, the agency filed new doping charges that could strip the seven-time Tour de France winner of his victories. The case comes months after federal investigators quietly dropped their two-year case against Armstrong. This time, the USADA says its case is strong and based on rock-solid testimony from Armstrong’s former teammates.

Armstrong, in a terse, five-paragraph statement, stuck to messaging that shoots holes in the case, blasted its methods and evidence, and further highlighted his track record of never being found guilty. To wit:

“I have been notified that USADA, an organization largely funded by taxpayer dollars but governed only by self-written rules, intends to again dredge up discredited allegations dating back more than 16 years to prevent me from competing as a triathlete and try and strip me of the seven Tour de France victories I earned.

“These are the very same charges and the same witnesses that the Justice Department chose not to pursue after a two-year investigation. These charges are baseless, motivated by spite and advanced through testimony bought and paid for by promises of anonymity and immunity.”

Armstrong further said the USADA uses “star-chamber practices” of punishing first and getting the facts later. Try getting some of those words past your legal department when you’re drafting a public-facing response.

The problem for Armstrong is that the USADA doesn’t have to prove that anything criminal took place, simply that there was performance-enhancing drug use taking place by Armstrong or those associated with him. Armstrong’s lawyers are actively involved in the courtroom of public opinion with this latest case, saying that USADA was involved in the federal case and that this is part of an anti-Armstrong campaign.

“It is a vendetta, which has nothing to do with learning the truth and everything to do with settling a score and garnering publicity at Lance’s expense,” Armstrong’s attorney said.

Given Armstrong’s resources and track record of fighting the same charges over the course of his 20-year career, USADA must have a good case and a thick skin. They picked a venerable opponent who doesn’t pull any punches and continues to set the standard in terms of promoting his image in the media and social media world.

Remember, this is the guy who buried a “60 Minutes” exposé with one tweet. Guilty or not, Armstrong has made a career of fighting doping allegations with the same success he had on the seat of a bicycle.