8 Reasons Why Sheryl Sandberg is Awesome 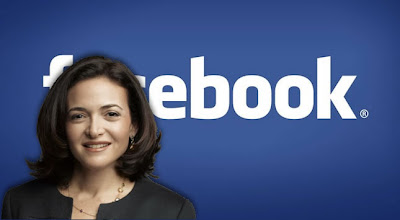 It’s no secret that I’m a huge fan of Facebook’s chief operating officer, Sheryl Sandberg (she’s even listed on our company’s Pinterest board among other influencers and PR crushes we all hold close to our heart).

For those of you who don’t know, this is a woman to watch and it’s not just because Mark Zuckerberg reportedly once declared, “Everyone should have a crush on Sheryl” after he hired her from Google as his COO at Facebook.
If you need more convincing, here are 8 reasons why Sheryl Sandberg is one cool lady:

Right back at ya, Sheryl.

~ Lauren Cook is a Senior Director of Social Media & Digital Strategy at GroundFloor Media and is on a quest to meet Sheryl Sandberg in person.