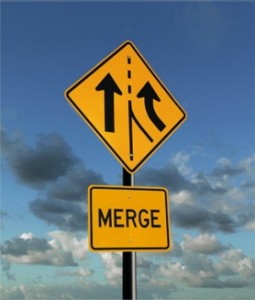 But the surprise ouster of the CEO several hours into the completed Duke Energy- Progress Energy mega-merger has all the signs of a particularly awful deal. Even as news spread of the completed $32 billion merger, creating the nation’s largest electric utility, a corporate takeover in the corner office was underway.

The deal originally called for Bill Johnson, the head of Progress to become the CEO of the merged companies, but shortly after the deal closed, Johnson took the job then promptly stepped down “by mutual agreement,” according to a press release. Johnson had held the title for several hours before being relieved, prompting “CEO for a day” headlines.

Taking over was James Rogers, the former CEO of Duke Energy, who most people assumed would step down once the merger became official. Corporate coups are not unusual, but one so quickly after a deal closes certainly raises eyebrows.

The fallout has been immediate. All of the good will built up over the past 18 months to convince shareholders and regulators that this was a good deal is gone. Several regulators are already launching investigations into the shuffle.

“This is the most blatant example of corporate deceit that I have witnessed during a long career on Wall Street,” John H. Mullin III, the former lead director of Progress Energy, said in a pointed letter to The New York Times.

Analysts are looking at cutting ratings of Duke, a sure sign that stockholders should be worried. On Friday, the traditionally steady stock dropped 3.5 percent, and S&P proclaimed, “The sudden shift in management raises concerns about effective corporate governance, successful handling of the anticipated merger integration and the ongoing effective management of pending challenges that face the combined entity.”

Compounding the news is the deafening silence by the newly merged company. The New York Times reported that Duke’s spokesperson is refusing to comment on the board’s change of heart, and no one is available for interviews.

From a crisis communication perspective, bunker mode may be the smartest tactic since even the best crisis plan would not have predicted this scenario.

The rough week does have a chance to get better, with Rogers expected to speak to employees about the merger on Tuesday. Instead of focusing on looking forward, employees will likely want some answers about what happened and if it is an indication of the what’s to come.

It is a good opportunity to offer some insight into the post-merger coup, take some lumps and focus on the future.