Who wins when reporters cut and paste press releases?

Home > Blog > In the News > Who wins when reporters cut and paste press releases? 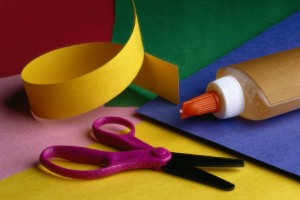 Journalists and PR pros are closely watching the ongoing dispute between Steve Penn and his ex-employer, the Kansas City Star, regarding a controversy over press releases.

The Kansas City Star claims Penn, a former columnist at the paper, plagiarized by using material from press releases in his columns without attribution. He countersued last week saying that it’s commonplace in newsrooms to cut and paste from press releases.

It’s not plagiarism, because the writers of press releases give up ownership of the information when they send it to a newsroom, according to Penn’s suit. The suit adds that it’s a regular practice for reporters to crib from press releases.

The situation raises interesting issues. Having been on both sides of this argument—in the newsroom and in the PR world—I can tell you that reporters regularly cut and paste information from press releases. And that’s exactly what PR practitioners hope they will do.

Is it a good practice on the part of reporters? No, but it certainly does help, particularly as newsroom staffs continue to dwindle.

The issue has caused quite a stir in journalism circles. The dozens of comments on a story about the case posted by journalism think-tank Poynter.org ran the gamut:

• Press releases are written to be “plagiarized.” In fact, that’s the PR home run. A story appears just as you wrote it.
• Press releases are useful but must be treated with the same skepticism as any other piece of information: their sources identified, their assertions accepted only provisionally until checked for accuracy by other means.
• It’s as simple now as it was back in school: If you didn’t write it, don’t put your name on it as though you did.
• It’s lazy and dishonest, but not plagiarism.
• If journalists don’t write their own stuff or even fact-check the materials they’re given, what exactly are they being paid for?

The standard in newsrooms is that before a reporter uses a press release in a story, it must be checked out and information must be rewritten. There are a couple of reasons why this should be done.

Reporters must be sure the information in the release is true and accurate. It’s too easy to get duped by a fake release, and information may not always be right.

The rewriting rule has to do with different audiences. A news report is written more conversationally, and press releases can be overwritten by multiple authors, including the legal team. Plus, whether it’s plagiarism or not, a reporter worth his or her salt would never use someone else’s wording.

But that standard is hard to follow, particularly on deadline. If there’s a quote in a press release relating to a news story a reporter is covering, it’s just too easy to cut it and paste it right in the story.

It happens all the time, and that’s exactly what the PR world wants when they send a press release. We want it to be printed just as we wrote it. Do we expect that to happen? No, but it’s nice when it does.

Depending on which side you are on, fortunately, or unfortunately, it’s becoming more frequent.