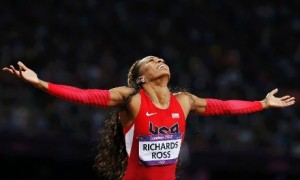 Sponsorships and athletics go together like Jordan and Nike. And, like Jordan and Nike, the bigger the audience, the larger the dollar figure. Which is why the International Olympic Committee’s (IOC) “Rule 40” has been so contentious during the 2012 London Olympic Games.

The rule stipulates: “In accordance with Rule 40 (formerly 41) of the Olympic Charter, no competitor, coach, trainer or official who participates in the Olympic Games may allow his person, name, picture or sports performances to be used for advertising purposes except as permitted by the IOC Executive Board.”

Of course, the only IOC Executive Board “permitted” advertising comes from those brands and organizations that are official Olympic sponsors – McDonald’s, Visa, P&G, Coca-Cola, etc. In previous years Rule 40 has essentially been black and white: athletes can’t cash in on their gold medal performances until after the Games are over.

But how do social media channels figure into Rule 40? For most Olympic athletes, sponsorships are their main source of income. And many sponsors expect their athletes to tweet, post blogs and upload photos about their products or services. Increasingly, social media posts have become a part of an athlete’s sponsorship contract.

Many athletes, of course, are up in arms over this. You may have even seen the #WeDemandChange2012 hashtag being used by several Olympians. And even a few who have posted photos of themselves with “Rule 40” taped over their mouths.

What I like about this issue – whichever side you might be on – is that it emphasizes the neutralizing nature of social media. Conversations on social platforms clearly have tangible and far-reaching effects.

Jim Licko is a Senior Director of Social Media and Digital Strategy at GroundFloor Media, and enjoys counseling his clients about the powerful nature of social media conversations. He also has new-found interests in archery, water polo and handball thanks to the 2012 London Olympic Games.