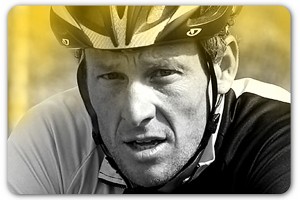 Is Lance Armstrong opting for the least-worst option as part of a damage control campaign?

After fighting allegations of performance enhancing drug use for most of his career, the seven-time Tour de France winner and cancer survivor and his PR team made a tactical decision to back away from the latest investigation, this time by the U.S. Anti-Doping Agency.

He released a statement on Thursday night that says he’s not going to fight the latest “witch hunt.” The result will likely mean he will be stripped of the titles and banned from the sport. In the statement, Armstrong did not admit guilt. Instead, he said, “enough is enough.”