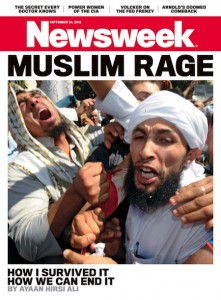 Newsweek‘s attempt to start a legitimate conversation and interest in its controversial cover story titled “Muslim Rage” is backfiring.

The magazine, which is trying to reinvent itself amid struggling circulations numbers, wanted to hear readers’ reactions to its controversial story, and earlier Monday it tweeted:

“Want to discuss our latest cover? Let’s hear it with the hashtag:#MuslimRage.”

What followed over the better part of the day was nothing short of amazing—a hilarious response to the magazine’s attempt to draw eyeballs by provoking fury. Continue reading at Ragan’s PRDaily.