Public’s distrust for media grows: Why?

Home > Blog > In the News > Public’s distrust for media grows: Why? 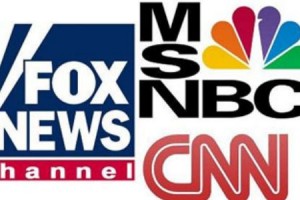 The trend of polarizing media outlets commenting on issues instead of covering them might be fueling the public’s lack of trust in journalism, which is reaching levels never seen before.

A Gallup survey conducted this month found a jaw-dropping 60 percent of the American public surveyed “have little or no trust in the mass media to report the news fully, accurately, and fairly.”

This lack of trust in traditional mass media, such as newspapers, radio, and TV, is up from the past few years, and up a full 5 percentage points from last year.

“The current gap between negative and positive views—20 percentage points—is by far the highest Gallup has recorded since it began regularly asking the question in the 1990s,” wrote Gallup’s Lymari Morales.

Read more about what a veteran journalist says at Ragan’s PRDaily.