The Importance of Public Messaging: The NHL Lockout

Home > Blog > In the News > The Importance of Public Messaging: The NHL Lockout 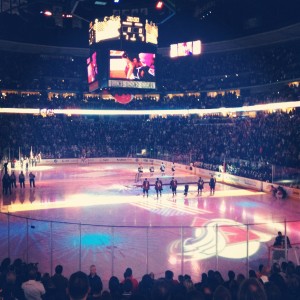 In short, this lockout began nearly a month ago, has wiped out at least the first 82 regular season games, and neither side has effectively told me why. A simple Google search for “NHL lockout” provides sparse results of any actual statements or messaging from one side or another. According to a few articles, one of the key sticking points is the players’ share of Hockey Related Revenues. But after a quick search none of the articles point to actual numbers behind those “revenues,” or better yet, why one side is more deserving of those revenues than the other.

The fact that NHL lockouts have been so frequent has prompted the popular opinion shared by ESPN’s Johnette Howard: Time to ignore the lockout. Who cares? Stop whining and just get it figured out. As a fan, I agree with Ms. Howard. The third labor-related stoppage of play in 18 years for a sport that lacks mainstream popularity…I’ve got NFL and NCAA football games on the weekends and playoff baseball to occupy my sports time. Just figure it out, you guys.

But as a communications professional I can’t help but see a variety of missed opportunities for both sides of the dispute that will have long-lasting impact on the league, and the sport as a whole. If disputes like the Pac 12 Network and DISH Network have taught us anything, it’s that public opinion matters.

Offering compelling information to stakeholders, fans, employees, customers or vendors is vital while managing a crisis. Without it, those stakeholders are left to form their own opinions without your side of the story. In the NHL’s case, apparently that opinion is “Who cares.”

Jim Licko is a Senior Director of Social Media and Digital Strategy at GroundFloor Media. He’s a marginal NHL fan who can’t skate, but appreciates the sport and wishes he knew who to blame for the lockout.