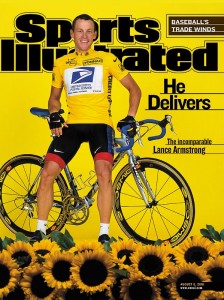 The following is an excerpt from a story published by the author at Ragan’s PR Daily.

Lance Armstrong’s highly effective public relations campaign, which began more than a decade ago, has finally coasted to a halt.

The cycling icon’s team of PR pros can no longer compete with the stacks of damning evidence that alleges he cheated throughout his career. The years of acerbic statements, social media campaigns, and legal maneuvers aren’t enough to overcome the revelations of the last several weeks.

Today’s decision, following the release of a 200-page investigative report by the U.S. Anti-Doping Agency, was the latest blow for Armstrong. Cycling’s governing body decided to strip Armstrong of all seven Tour de France titles and ban him for life.

Without taking sides, those of us in the crisis communications field can learn from Armstrong’s PR campaign tactics, fully acknowledging that he crossed the line from offering balance to powering up a turbo-charged spin machine. Read about the highlights on Ragan’s PR Daily.