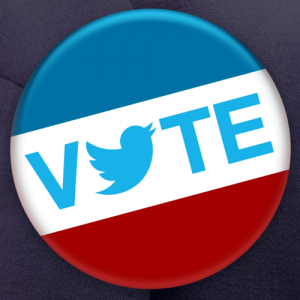 Millions of tweets, likes and online posts are the new political lawn signs. From the debates to Tuesday’s election, the country took to social media as the preferred outlet for political commentary for the 2012 general election.

There were 10 million tweets during the first presidential debate, and Twitter’s own election coverage feed @gov said 20 million tweets were posted Tuesday using the #election2012 hashtag, making it the most tweeted political event in US history. As the television networks called the race for President Obama, @gov reported a stunning 327,453 election tweets per minute.

And the most retweeted missive ever came from the @barackobama feed, saying simply “four more years” and attached a TwitPic of the president hugging the First Lady.