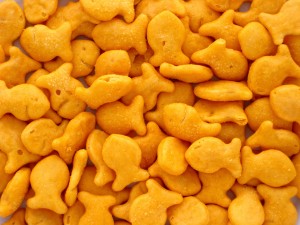 As soon as it was clear that Amendment 64 would pass in Colorado, Governor Hickenlooper issued a statement that was spot-on and seemed to capture the fun and challenges around 64’s voter approval. “The voters have spoken and we have to respect their will. This will be a complicated process, but we intend to follow through. That said, federal law still says marijuana is an illegal drug, so don’t break out the Cheetos or Goldfish too quickly.”

His statement was covered nationwide and went wild on social media. And of course the jokes and guffaws about Colorado as cannabis central started immediately.

It reminded me of how Colorado was once again thrust into the national spotlight – albeit for very different decision – made by the voters. In 1992, Colorado voters passed Amendment 2, a constitutional amendment that excluded gays and lesbians from all anti-discrimination laws and policies in the state. The national backlash was swift and immediate with Colorado being named the “hate state” and calls for boycotts and cancelations of major events, all intended to hurt the state’s pocket book. Amendment 2, which was eventually deemed unconstitutional by the Colorado Supreme Court and U. S. Supreme Court, had an immediate and lasting impact on Colorado’s brand and reputation.

As a public relations professional who works with companies and organizations on a daily basis on reputation management, I know how a reputation built over many years can be irreparably damaged in an instant. It takes just seconds to upload a video to YouTube that shows employees misbehaving in the workplace or a surreptitious video calling out the 47% of Americans that don’t pay income tax, for example. Social and online media ensure that anything said, videotaped or printed that is largely quotable, sensational or salacious will have the shelf life of a Twinkie.

On the other hand, reputations of individuals, companies, organizations, states and nations can be repaired and monikers don’t necessarily stick forever. Here are some basic crisis response guidelines we provide to our clients:

For now, in the short term, Colorado’s moniker as the Cheeto state, the new Amsterdam and the Rocky Mountain High, will continue to garner attention but will it stick or will it even have a positive or negative impact? I’d prefer a safer reputation, like being known as the leanest state in the nation.