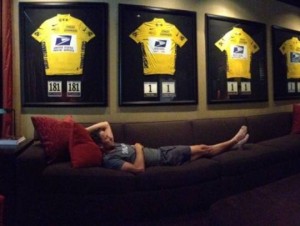 Finally, the truth came out in a very scripted, overly hyped interview that aired Thursday night on Oprah Winfrey’s OWN network.

If you didn’t watch Lance Armstrong’s interview with Winfrey or couldn’t find it on satellite or cable, note that it reached its peak in the first two minutes when she asked him straight out about doping and lying. He admitted to all of the above, each time with a “yes.”

The rest of the interview? Anticlimactic.

Winfrey and the fledging OWN did a great job of touting the interview, complete with a countdown ticker and full-page ads in newspapers across the country telling people where they could tune in.

As the interview shifted to the details of what Armstrong did and when, the punch was gone. Armstrong kept the conversation tame and confusing by throwing out dates and giving non-answers with what were planned duck-and-dodge messages.