The Return of Traditional Media?

Home > Blog > In the News > The Return of Traditional Media? 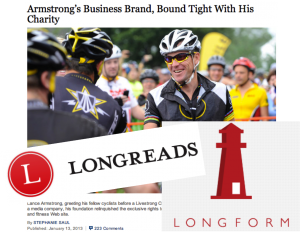 fter years of steady declines in readership, audience share and advertising revenues for newspapers, news magazines and TV news have we finally seen the end of the slide? Or has the shift to online news, and so-called citizen journalism finally exhausted its audience?

Citizen journalism opened doors for anyone to write and report the local news. The online tools and technology made it fairly simple for amateur journalists to write for the web with their own content. The problems began when people realized that most citizen journalists had no actual journalism training and didn’t follow standard reporting, objectivity and fairness rules. And certainly the number of bloggers and the popularity of sharing breaking news through social media channels caused another set of hiccups. Unsubstantiated rumors and misinformation spread like wildfire without the proper checks and balances found in most traditional media newsrooms.

But, after well-publicized recent gaffes by traditional media trying to keep up with social media by reporting news before it had been vetted (such as in misreporting the tragedies of Sandy Hook), are Americans demanding more from the Fourth Estate? Is there still a place for in-depth, well researched reporting and coverage?

I say there is.

The New York Times recently published a lengthy, well-researched article titled “Armstrong’s Business Brand, Bound Tight With His Charity,” just days before the much talked-about Oprah interview offering all the details missing from the actual interview.

Websites such as Longform and Longreads, are devoted to long-form journalism, and include magazine stories, interview transcripts and short stories that are at least 1,500 words (most are 5,000 + words and each entry includes the author, source, length of the article and how long it should take you to read).

The reality is that there must be room enough for all sources of news to reach us: whether it is traditional, citizen generated, social, or longform. At the very least, we should have the choice.