How (not) to Announce an Unpopular Decision

Home > Blog > Crisis Communication > How (not) to Announce an Unpopular Decision

The International Olympic Committee turned some heads, and shocked an entire sport, by announcing on Tuesday that it will be removing the sport of wrestling from its 25 “core sports” for the 2020 Games. While the IOC insists the decision is merely a “recommendation” and isn’t “final,” experts say that any move toward reinstating wrestling – despite fast growing and vocal opposition on social media platforms – won’t impact the decision. 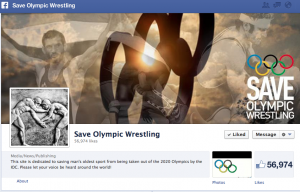 While it is routine business for the IOC to review its 25 core sports following an Olympic year, what has many people up in arms is how surprising it was that wrestling – a sport that has been a part of every modern Olympics since 1896 – was even considered for removal.

Typically the IOC’s decisions on these matters are based on worldwide adoption/acceptance of a sport, or the need to appeal to a broader, younger audience. It was assumed that modern pentathlon – a sport that combines equestrian show jumping, fencing, freestyle swimming, a 3km run and pistol shooting,– would be the sport dropped from 2020 games. It only attracted 36 competitors at the 2012 London Games. But instead, it was wrestling, one of the Olympics’ more diverse sports with more than 200 countries competing at the 2012 London Games.

Wrestling and Olympic enthusiasts were quick to take to social media channels in protest.

Within seven hours of the announcement the Facebook pages Keep Wrestling in the Olympics and Save Olympic Wrestling had more than 65,000 likes (and that number doubled to 130,000 by the next morning) and thousands tweeted using the #SaveOlympicWrestling hashtag.

The results of the IOC vote were not disclosed, and the only statement made as of the time we published this blog was, “This is a process of renewing and renovating the program for the Olympics,” IOC Spokesman Mark Adams said. “In the view of the executive board, this was the best program for the Olympic Games in 2020. It’s not a case of what’s wrong with wrestling, it is what’s right with the 25 core sports.”
As a communicator and a social media professional I have to ask: Did the IOC solicit any feedback or conduct any kind of formal audience research before making their decision? If so, they may have done a poor job.

Meanwhile, five hours after the announcement, USA Wrestling had developed message points and posted them publicly via Twitter, “Here is a list of talking points for everyone when you are discussing the matter of the IOC vote. RT & stand united.”

It seems that one side might be better prepared than the other on this matter.