The Maker’s Mark Reversal and Listening To Your Brand Advocates 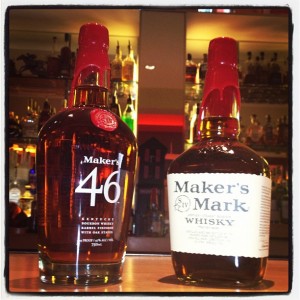 In a month where stories of brands getting hacked and unapproved videos showing up on official channels have dominated the social media conversation it’s good to see news of a brand getting it right. Two weeks ago Maker’s Mark, the distinctive and much adored Kentucky bourbon, announced that due to a recent supply shortage brought about by the brand’s rising international popularity that they would be adding water to the product, reducing the alcohol from 45-percent to 42.

Almost as soon as the news went public, fans of the brand took to Facebook and Twitter to express outrage at the decision to fundamentally change the bourbon. On Sunday, Maker’s Mark posted an update to their Facebook page with a simple message that was “liked” 14,000 times and garnered over 2,000 comments. (the same message was also retweeted over 700 times).

You spoke. We listened. http://t.co/kVNhXqL1

For brands that are active participants in social media (and often times those that aren’t) it can be very hard to announce a change without receiving some level of criticism from fans and users of their products, and most situations don’t allow for a change-in-course like Maker’s Mark was able to make. But the lesson to be learned from all of this (besides that fact that our bourbon won’t be watered down) is the power that brand advocates can wield and the responsibility that comes with building a passionate fan base. Many brand managers would say that they would love to have users as loyal as Maker’s, but haven’t thought ahead to how they may communicate and learn from them. Have a plan for your fans, and value what they have to say.

You spoke. We listened.

Since we announced our decision last week to reduce the alcohol content (ABV) of Maker’s Mark in response to supply constraints, we have heard many concerns and questions from our ambassadors and brand fans. We’re humbled by your overwhelming response and passion for Maker’s Mark. While we thought we were doing what’s right, this is your brand – and you told us in large numbers to change our decision.

You spoke. We listened. And we’re sincerely sorry we let you down.

So effective immediately, we are reversing our decision to lower the ABV of Maker’s Mark, and resuming production at 45% alcohol by volume (90 proof). Just like we’ve made it since the very beginning.

The unanticipated dramatic growth rate of Maker’s Mark is a good problem to have, and we appreciate some of you telling us you’d even put up with occasional shortages. We promise we’ll deal with them as best we can, as we work to expand capacity at the distillery.

Your trust, loyalty and passion are what’s most important. We realize we can’t lose sight of that. Thanks for your honesty and for reminding us what makes Maker’s Mark, and its fans, so special.