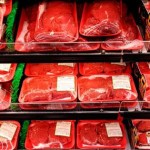 The following is an excerpt from an article written by GroundFloor Media’s Gil Rudawsky for Ragan’s PR Daily:

There are few instances that upset the public more than being lied to, particularly about what they’re eating.

In the last month, there have been several huge misrepresentations about food products, starting with the ongoing horsemeat scandal in Europe, and continuing with the less egregious, but still concerning, fish mislabeling issue in the U.S. that hit the media this week.

To offer some context, it has been just over a year since the American public was roiled by the “pink slime” beef additive revelations, prompting all kinds of traditional and social media outcry, and resulting legislation.