Trust in America: Are We Really More Cynical Than Ever Before?

Home > Blog > In the News > Trust in America: Are We Really More Cynical Than Ever Before? 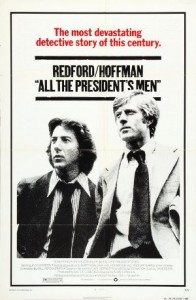 After listening to a presentation by veteran PR expert, Tom Hoog, who ran one of the largest PR firms in the world, Hill+Knowlton Strategies, I found myself curious about one of the topics he covered: Trust.
Tom referenced a recent survey that showed Americans’ trust in government, corporate America and the media at all time lows. I was curious because it seems like every time I hear a speaker on this topic or read about a trust study, Americans are more cynical than ever. I was especially curious about how Americans felt about the mass media given that the fourth estate is one of the critical vehicles that public relations practitioners rely on to communicate messages to their target audiences.
Determined to find out if we really are less trustworthy than in the history of however long organizations have been doing trust studies, I decided to do my own research (in other words, I didn’t trust what I was hearing from Tom).

Trust in Government
I came across a study by the Pew Research Center that looked at Americans’ trust in government from 1958 to January 2013, as President Obama was beginning his second term, Public Trust in Government: 1958-2013. When the study was first conducted in 1958, trust in government was at 73%; earlier this year, it was at 26%. While trust has varied over the past 55 years, it’s clear by the bell curve that Americans, as a whole, are less trustworthy of their government.

Trust in the Media
A small bright spot for PR practitioners, according to my limited research, is that Americans, by and large, trust the media more than government and business. What I found surprising is that while Americans still believe the media coverage they are reading, seeing or listening to is inaccurate:
•    66% say news stories often are inaccurate
•    77% think that news organizations are one sided
•    80% say news organizations are influenced by powerful people and organizations

Sixty-two percent of us believe our favorite news sources do cover the news accurately, according to the Pew Research Center for People & the Press. While the article didn’t go into detail about why Americans tend to trust their favorite TV anchor or newspaper, you could surmise that we develop an admiration for a TV or radio personality, or like our daily newspaper that covers local news and our sports teams.

While my limited research did show that we appear to be more cynical than ever, what does that mean for public relations and the work we do for clients in corporate America, nonprofit organizations and government? How do we ensure that the messages we are communicating are not only heard, but are believable because they are coming from a trusted source? It has to start and end with a culture of integrity – PR practitioners need to be held to the highest standard and so do the clients we represent.