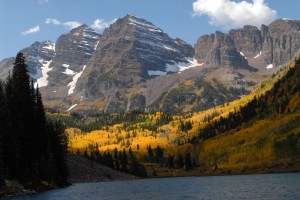 It was only a matter of time before “entrepreneurs” launched a pot tour of Colorado. Last Sunday’s Denver Post, had an article about a company called My 420 Tours (April 20th or 4/20 refers to a national day where people gather to smoke marijuana).

I covered the topic of Colorado’s moniker as the cannabis state in an earlier blog post. Now, five months after Colorado voters approved Amendment 64, which legalized use and possession of up to an ounce of marijuana for anybody over 21 in the state — I wondered if all the work around Colorado’s “healthiest state in the nation” reputation had been replaced by another moniker. Consider some of the recent headlines I came across:

Instead of letting national headlines and late night comedians define Colorado, the state recently launched a branding campaign for the people of Colorado to have their say in Colorado’s brand. Dubbed Making Colorado, the website explains: Rather than hiring an individual branding agency to define who we are, we’re tapping into the energy and expertise of individuals across the state with an innovative discovery process, collaborative positioning phase and inclusive identity creation, to build a brand for Colorado, by Colorado.

The results of Making Colorado will be revealed in August at the Colorado Innovation Network Summit (COIN).
I applaud this inclusive, shared approach to defining Colorado. As the video so eloquently explains, Colorado is more than mountains and tourism. And we can’t be defined by headlines about wildfires, fracking and pot. Instead, focus on the diversity of the state and where it excels: economic development, most educated workforce, leanest state in nation… I can’t wait to see what Coloradoans come up with.