Accuracy in Reporting: Thoughts on Social Media Impact During the Boston Tragedy

Home > Blog > In the News > Accuracy in Reporting: Thoughts on Social Media Impact During the Boston Tragedy 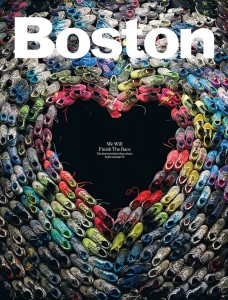 Fourteen years ago (almost to the day), I found myself in the most challenging experience of my career – on scene at Columbine High School with about a dozen other Public Information Officers (PIOs) from nearby police, fire and EMS agencies supporting Jefferson County PIO Steve Davis as media from around the globe descended on Clement Park to cover the school shootings. In the light of the recent act of terrorism in Boston, you might think that a lot must have changed in 14 years, but unfortunately, in many ways, that’s not the case.

Just as two young men once again unleashed violence on undeserving members of our community, the rush to report on these incidents and to be “first” once again led to misinformation and potentially damaging reports – from CNN’s false report of an imminent suspect arrest to The New York Post’s front page photo of two innocent men inferred to be the suspects. One of the big differences this time is the proliferation of social media.

I’ve heard people discuss and writers pontificate about whether social media is to blame for this misinformation. Take for instance this excerpt from a Los Angeles Times article: “Monday’s bombings, the first major terrorist attack on American soil in the age of smartphones, Twitter and Facebook, provided an opportunity for everyone to get involved. Within seconds of the first explosion, the Internet was alive with the collective ideas and reactions of the masses. But this watershed moment for social media quickly spiraled out of control. Legions of Web sleuths cast suspicion on at least four innocent people, spread innumerable bad tips and heightened the sense of panic and paranoia.”

I’m not here to wholeheartedly defend social media, but I would like to point out that we should all know by now that the Internet, where social media lives, is without rules, without fact checks and without reprehension. Therefore, to me, the real tragedy occurs when official media outlets – online and off – report accounts from social media without confirming the facts.

Additionally, errant media and social media reports can put the safety and security of law enforcement officers, emergency responders and general citizens at risk, not to mention the integrity of the investigation, especially in the early hours of a mass casualty event. I can only imagine how difficult it is to be a reporter behind the eight ball confirming facts while everyone else is reporting them, but I have to believe that a little bit of patience and persistence on the part of reporters would go a long way toward restoring the accuracy and integrity of their reports, as well as trust in their media outlets.