Monday Night Football and the Impact on Colorado Tourism 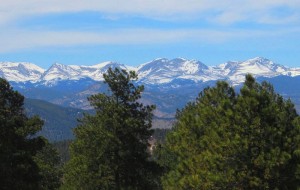 Colorado loves Monday Night Football (MNF). It’s an opportunity for free advertising to a national (and international) audience, as the broadcast always includes glamour shots of the beautiful Rocky Mountains. The only thing better than MNF in Denver is MNF when it snows. While Denver can be warm and sunny, 60 miles to the west at the Continental Divide it can be a blizzard. Colorado Ski Country, the association that represents the ski industry for the state, prays for snow on MNF because there’s a direct impact on ski vacation reservations.

And in the Denver Broncos vs. Oakland Raiders game, during the 2nd half came the plug from the announcer Mike Tirico … “There was a trace of snow overnight here last night, which points to a great ski season.” That’s what Colorado tourism officials love to hear. In previous, snowy Monday night Bronco games, there was definite excitement by Colorado ski resort operators.

According to Nielsen data, Monday Night Football attracts between 13 and 14 million viewers, depending on the game. The MNF season opener on Sept. 10, 2013, drew 16.52 million viewers for the Philadelphia Eagles game against the Washington Redskins.

The Denver Broncos don’t have another Monday night game this season, but they will be playing another nationally televised night game Thursday, Dec. 12. Tourism officials will be hoping for a blizzard to entice viewers to make their ski vacation plans.

While the snow during a MNF game is important for Colorado’s economy, it was more important for a national audience to learn about how parts of our state were devastated this month by floods. The announcers provided numerous updates on the flood and how people can support flood victims. Our state is thankful for this national exposure and help.