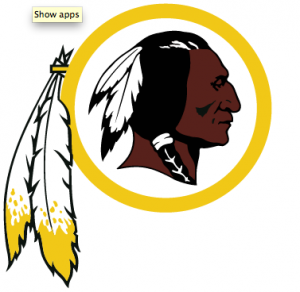 The Washington Redskins name has been gaining media attention this entire NFL season, but Sunday night’s halftime soap box speech by Bob Costas took the issue to a whole new level. No matter what your personal feelings are on the name, viewers may have been taken aback by this journalist/sportscaster using Sunday night halftime as his platform for sharing his opinion on the topic.

The topic itself is extremely divisive, but that aside, we ask are sports commentators not journalists? Did Costas have a right to use that airtime to share his views? When I posed that question to one of my colleagues who is a former newspaper reporter, he said that sportscasters are different from traditional journalists in that they’re paid for their opinions and their own “slant” on sports, in this case football. If that’s true, Costas wasn’t sharing his knowledge of football; instead he was expressing his First Amendment right to free speech, albeit in front of nearly 20 million viewers. Given that it was halftime, that number was probably much lower.

In case you missed it, here is what Costas said in its entirety.

The comments from fans who support keeping the 80-year-old name were swift and angry, as social media platforms lit up immediately. Costas responded to the controversy and explained his remarks on Dan Patrick’s radio program, covered by The Washington Post DC Sports Blog.

In the coming weeks, the issue of whether or not the Washington Redskins will be allowed to continue using the name may be decided, as NFL officials will be meeting on the topic. What are your thoughts on Costas’ use of halftime of a Sunday night football game to share his views?