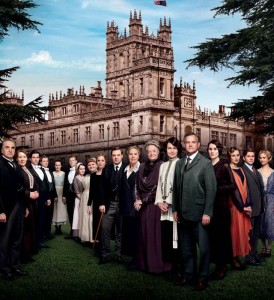 The fourth season of Downton Abbey, the Emmy award-winning PBS Masterpiece Theater drama, kicked off last month to the tune of 10.2 million viewers, making it the highest rated drama premiere in the public broadcasting institution’s history. And even on Super Bowl Sunday it drew 8.2 million viewers.

As a fan I began to wonder what communicators could learn from the Dowager Countess* and the Downton Abbey cast and found an article by Barbara Coward from Percept Research geared toward MBA students with these tips (tweaked a bit for communicators):

Edwardian etiquette. The series is all about manners, courtesy and protocol – something that seems increasingly elusive in our modern culture. How is your program responding to the needs of your customers? Speed and responsiveness matter. Yet, don’t forget about the importance of the personal touch.

Aristocrats are humans, too. Amidst the stately estates, the scintillating storyline paints a portrait of relatable characters and emotional relevancy. Remember, customers are interested in your brand, but they are engaging with people.

Great storytelling. Don Hewitt, the creator of CBS’s “60 Minutes” explained the phenomenal success of his iconic news magazine with four simple words, “Tell me a story.”

Visual appeal. The sumptuous costume drama keeps viewers coming back for more. From elegant décor to exquisite gowns, the cinematography captivates with beautiful backgrounds. How aesthetically pleasing are your communication materials?

*For fans of The Dowager Countess be sure to follow her on Twitter for cheeky humor and wise advice @TheLadyGrantham.