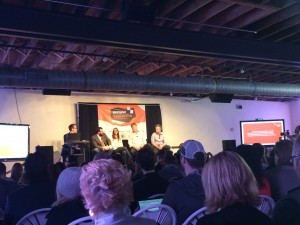 We ended up at a collective total of ten presentations in the first day. Ambitious? Maybe. But there’s always more than you can take in at SXSWi. The lines were Friday-typical long, the pace was fast, and if we had to pick a theme it would probably be “Know What Your Audience Wants.”  Here are our takeaways from the first day of South by Southwest 2014:

This is the first day of four years of going to SXSWi that nearly every panel stressed the importance of including your audience and their opinions in all of your marketing and communications plans. And as such, I had a great day.

Day one was highlighted by some difficult session decisions and a few disappointing speakers but all in all it was a great start to the conference.