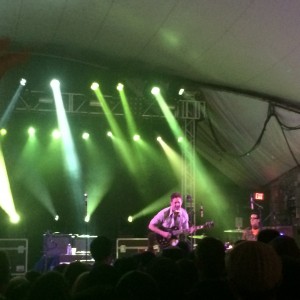 In the words of Ron Burgundy, “Wow. Things really escalated quickly!” After a fairly quiet Thursday night, we more than made up for it on the first day of SXSWi with 10+ sessions in three venues, a trek to East Austin for some BBQ (that turned into Mexican), live music on 6th Street, eventually some BBQ, and a G. Love & Special Sauce concert. Here are our favorites from the madness of Friday at SXSWi:

NomNom: As usual, the unplanned turned into memorable. While searching for a late BBQ lunch that was sold out, we ended up near Takoba (which was on our list anyway) and had some of the best al pastor and carnitas tacos in memory. And we’ve tried a lot of tacos…

Libations: Stubb’s whiskey sour is dangerously drinkable. Like summer in a glass.

Celebrity-ish Sighting: With our friends from 34 Degrees, we decided to extend dinner at Stubb’s into a concert at Stubb’s with longtime favorite G. Love and Special Sauce. He’s still got the sauce, 20 years after releasing his first album.

Free Stuff Rules: Alexis Anderson had one request: sunglass swag. Thanks to Chevy, we made quick work of that request in several colors.

Overheard: “We’re not curing cancer, we’re telling guys where to get drunk.” – Ben Lerer, CEO of The Thrillist

Grab Bag: You know the party can start when you get a Wienermobile sighting. 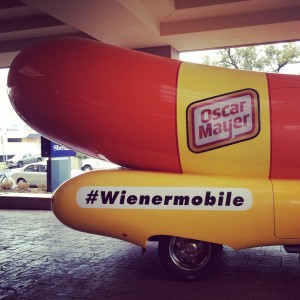 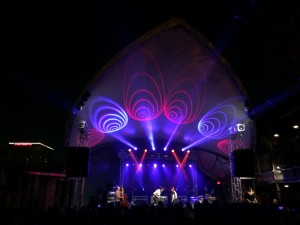