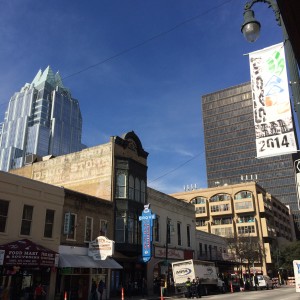 One of the best parts of SXSWi is avoiding the crowds at a high profile panel or presentation and trying out some of the sessions outside of the Convention Center. While Edward Snowden was on stage at the convention center, Jon and I had the chance to hear several great speakers that ranged from tactical (but extremely useful) to extremely artistic in nature. Here are our highlights from Monday at SXSWi 2014: