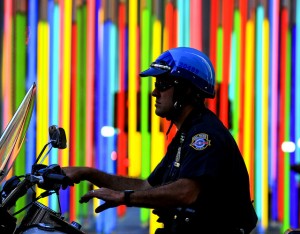 This week’s snafu by the New York Police Department offers a great reminder that once something is shared on social media, you can’t control what happens next.

But by staying a part of the conversation and listening to your followers, organizations or companies may find that their outreach efforts can yield unexpected results. On Tuesday, the NYPD asked followers to tweet photos of themselves with members of the NYPD using the hashtag ‪#myNYPD.  What seemed innocuous enough resulted in thousands of images of possible police brutality and even more tweets critical of the police.

The initial response from the department stated that it was “creating new ways to communicate effectively with the community.” I guess that’s one way to put it.

On Wednesday, Police Commissioner Bill Bratton expanded on the statement stating that “any photos that appear to display illegal behavior by an officer, the department will investigate,” and that he welcomed the attention and that the community building campaign will continue.

Given that the images most likely came under the watch of previous commissioners, Bratton may just be able to turn an absolute debacle into an opportunity to establish open and effective lines of communication with a constituency desperate to be heard.