The Art of the Non-Apology Apology

Home > Blog > Crisis Communication > The Art of the Non-Apology Apology 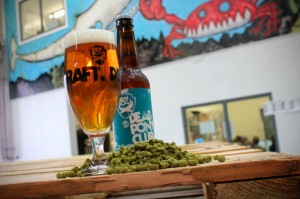 The non-apology apology. You might not have known that such a term exists, but most people have experienced it, and companies are regularly using it.

Wikipedia even has an entry for it: “A non-apology apology is a statement that has the form of an apology but does not express the expected contrition. It is common in both politics and public relations.” Ouch, public relations.

As public relations practitioners, we’ve all had the opportunity to craft apologies on behalf of our clients. There’s a balance of demonstrating sincerity and contrition, without completely admitting guilt and wrongdoing (or the apology might not be approved by legal). In the case of a Scottish brewer, they recently took the non-apology to a whole new level.

BrewDog published a blog post, titled #SorryNotSorry directed to the U.K. industry standards group called the Portman Group. The the group banned the brewers’ Dead Pony Club ale, saying that the packaging would lead to “antisocial behavior and binge drinking.”

The post garnered plenty of supportive comments from fans of the brewer, and has generated buzz on this side of the pond by Mashable and others. In the case of BrewDog, they seemed to have suffered no ill effects from the flip and sarcastic post, at least not yet.

According to this Huffington Post article, 2013 was the year of the non-apology. From Paula Dean to Lance Armstrong to Toronto Mayor Rob Ford, we all witnessed these very public apologies, but not everyone was convinced about their sincerity. Crisis communication 101 tells us that it’s not enough to publicly apologize for any wrongdoing; you must truly demonstrate a commitment to change and then follow through.

Here are some basic crisis response guidelines we provide to our clients:

GroundFloor Media’s, Gil Rudawsky, captured the essence of the corporate apology in a previous blog post titled: How to Make a Great Customer Apology.