Business Development And Being the Stoner State

Home > Blog > Uncategorized > Business Development And Being the Stoner State 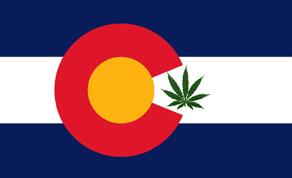 Colorado is all over the national media these days, but it might not be the kind of press that the state is looking for in terms of economic development. Marijuana has quickly become Colorado’s signature issue in the media, and the coverage hasn’t exactly portrayed the state in a favorable light.

During the recent Colorado Experience, hosted by the Denver Metro Chamber Leadership Foundation, Kelly Brough said while the state is getting lots of press, it really hasn’t changed the way Colorado does business.

“Despite what everyone is saying, the marijuana industry is small,” Brough, the executive director of the Metro Denver Chamber, told about 120 business executives on a tour of Pueblo. “Revenues are so small it doesn’t even rank with our other industries.”

Brough said that when she gets questions about the perceived negative impact on the legalization of the commercial production, sale, and recreational use of marijuana, she focuses on the fact that the pot industry adds tax dollars to the state. And then she highlights the fact that Colorado remains one of the healthiest states in the country and has one of the most educated workforces.

To highlight just how nominal the impact the marijuana business has in Colorado, estimates put recreational and medical marijuana fiscal year sales at about $750 million. That lags well behind all the other tried-and-true industries, including aerospace, health and wellness, tourism, IT, financial services and energy, according to the Colorado Office of Economic Development and International Trade.

What about a stoned Colorado workforce? Brough said a widespread misunderstanding is that now that the law has passed, people will be able to smoke marijuana anywhere at any time, including employees on and off the clock. However, businesses in Colorado have the right and the backing of the law to enact zero tolerance policies for their employees.

Bringing home the issue, Brough said Colorado is one of the best states in the nation for business and the legalization of pot will not hinder us in ensuring our state is poised for continued success, especially when it comes to supporting and expanding our core industries.

Other business leaders on the trip agreed. While there is a distinct novelty about being the first state to legalize pot, it really hasn’t changed day to day business operations.