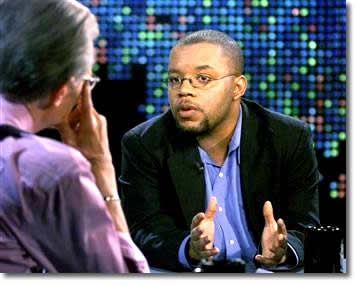 The Blair story is about an up-and-coming reporter who fabricated and plagiarized many of his articles, including some that ended up on the Times’ front page. The documentary producers talk to Blair about what happened leading up to and after he was discovered in 2003. Blair now blames mental illness and stress for his transgressions.

As a former journalist, and someone who now deals with journalists on a daily basis, this documentary hit home for me even though it didn’t offer much new information about the story. For communications practitioners, there are a couple of enduring lessons from Blair’s story that still hold true today, more than 10 years after the scandal.

Unfortunately, in the years since the Blair affair, the journalism landscape has been flipped on its head. There are fewer outlets to which stories can be pitched, oftentimes press releases are printed verbatim, and information from sources is rarely checked out.

Since the Jayson Blair story, there have been several other high-profile instances of journalists fabricating the news, or not adequately checking out the facts. As we communicate information about our clients, we have to be sure that we are sharing accurate information. Just like Blair, our credibility and that of our clients is at stake. We also need to hold the press accountable for their mistakes.

It reminds me of the newsroom story about the grizzled editor telling the cub reporter: “If your mother says she loves you, check it out!”

You can watch the entire documentary online here.