Football season is generally a happy time in Denver. Orange and blue-clad fans fill the streets, and memories of yet another abysmal summer at Coors Field have nearly faded away. The Nuggets and Avalanche are gearing up for their campaigns as well, but everyone knows that Denver belongs to the Broncos.

When the preseason kicked off a couple weeks ago, we thought it would be fun to post a Broncos-themed image on our Facebook and Twitter pages. Having grown up in Denver and being a lifelong Broncos fan, I enthusiastically jumped on the project. I immediately opened Photoshop and started crafting my tribute to the team I love. Peyton Manning’s head – check. Bucking bronco with orange accents – check. Explosion – check. Within about an hour my monster was ready to face the world.

After posting to social media, I checked back periodically to see who had liked it or shared it, and I was shocked to see that a well-known Broncos blog had posted the image to its Facebook timeline. The shares and likes from their re-post were piling up like crazy, as were the likes and retweets on Twitter. For the remainder of the afternoon I monitored the image to see if the stats would slow down. They didn’t. Readers of the blog shared with fellow Broncos fans. People commented on, shared and liked the image more than almost every other post on the blog’s timeline. By the next day, the image had been liked 670 times and shared 350 times. No, those figures aren’t astounding on their own, but when you consider the small amount of time put into the image, that’s quite a bit of attention.

The Broncos post was just for fun, but brands seeking a little more success on social media can learn some serious lessons from it. We could have easily posted a normal picture of Peyton Manning and written some text over top, but I guarantee it wouldn’t have gained any traction. Instead, our picture is out of control and weird, but it’s also fun and unexpected. It takes familiar elements of the brand (in this case the Broncos), and twists them into something you’ve never seen before. So next time you’re posting an image to social media, take a step back and think about how you can get a little more playful or a little more surprising. It could end up being the lift you need to take your social media accounts to the next level. And while you’re at it, why not put an explosion in the background? 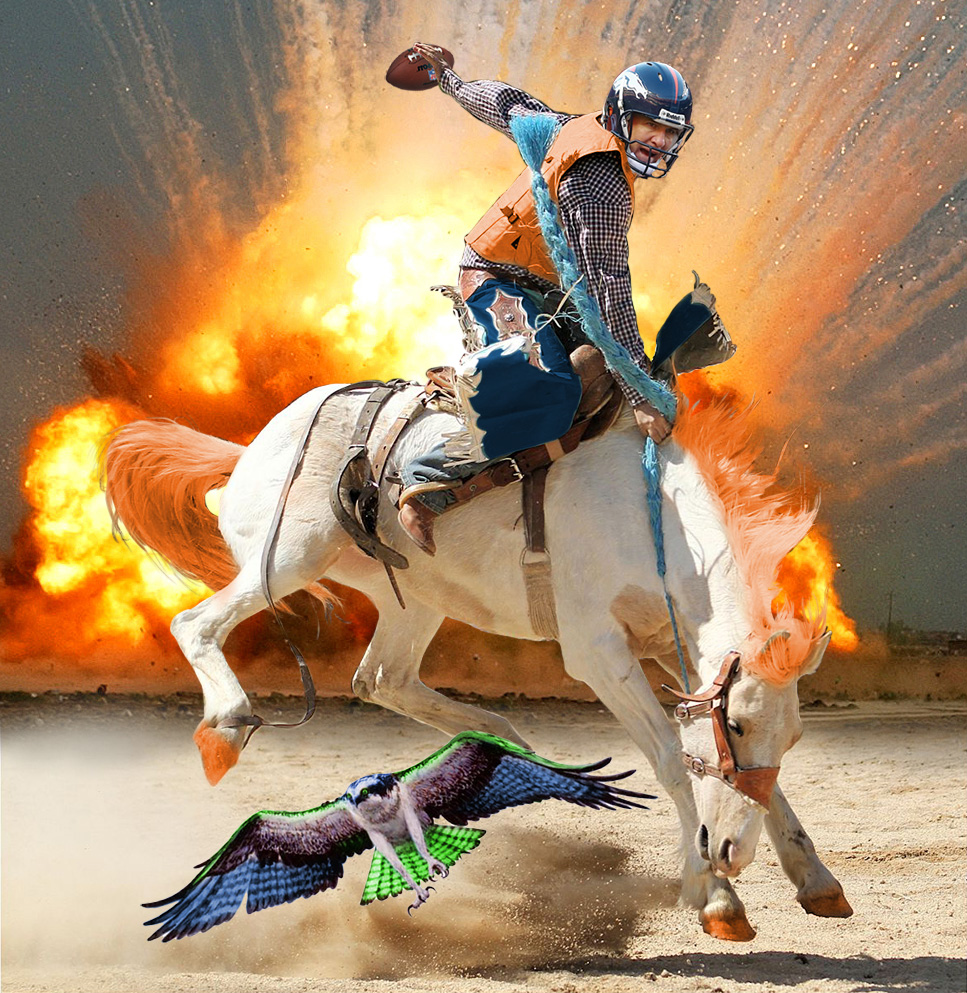